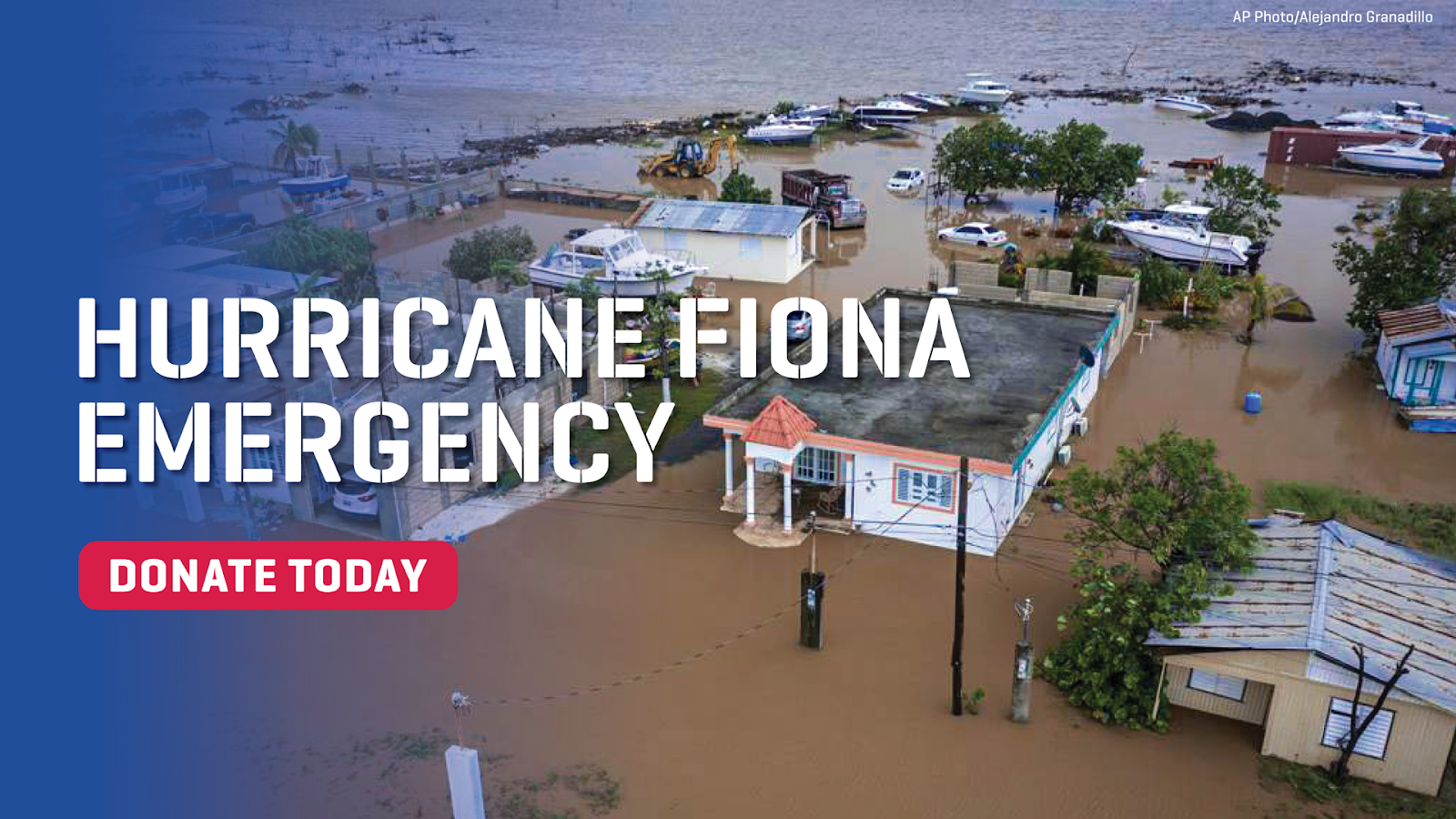 On September 19, 2022, Hurricane Fiona made landfall as a Category 3 hurricane: four deaths so far, 3.2 million without power, more than 1 million left without running water, and over 32 inches of rainfall continue to cause flash flooding. Over 1,000 people have evacuated or been rescued across Puerto Rico as floodwaters continue to rise.

Hurricane Fiona hit just two days before the anniversary of Hurricane Maria which killed nearly 3,000 people and destroyed the power grid in 2017. Five years later, the island is once again in crisis. The economic impact on the island from Fiona is estimated to be about $10 billion.

Islamic Relief USA’s Disaster Management Team has been working closely with members of the National Voluntary Organizations Active in Disasters (VOAD) to build a humanitarian response to help families affected.

Islamic Relief has been on the ground in Puerto Rico since Hurricane Maria–our most recent trip was in August 2022, where volunteers took part in IR development projects in three sectors: education, food, and water. This Puerto Rico Inspire trip included a school renovation project, packing and distributing food boxes, serving hot meals, and distributing backpacks filled with essential items in the town of Añasco.

In January 2020, after a powerful 6.4-magnitude earthquake shattered the island, IRUSA participated in relief efforts by traveling to the area to distribute emergency aid such as water, buckets, and dried goods in collaboration with local partners. IRUSA partnered with New York Disaster Interfaith Services (NYDIS), a New York based organization, that has helped many island residents who have evacuated previously during other natural disasters, such as Hurricane Maria.

IRUSA also partnered with volunteers from the Lions Club of Puerto Rico in June 2018 to distribute food in San Juan. The primary focus of the mission was to distribute food boxes to residents of San Juan who were handicapped, bed-ridden, and had no access to transportation. The food boxes contained meals and items that were culturally appropriate for residents of the island.

Our team responded in Puerto Rico after Hurricane Maria struck in 2017,  after devastating earthquakes in 2020, and is mobilizing now in response to Hurricane Fiona. Your contribution to IRUSA’s Latin America Humanitarian Aid fund supports recovery and relief for families in Puerto Rico that need your help today. To donate, please visit irusa.org/donate